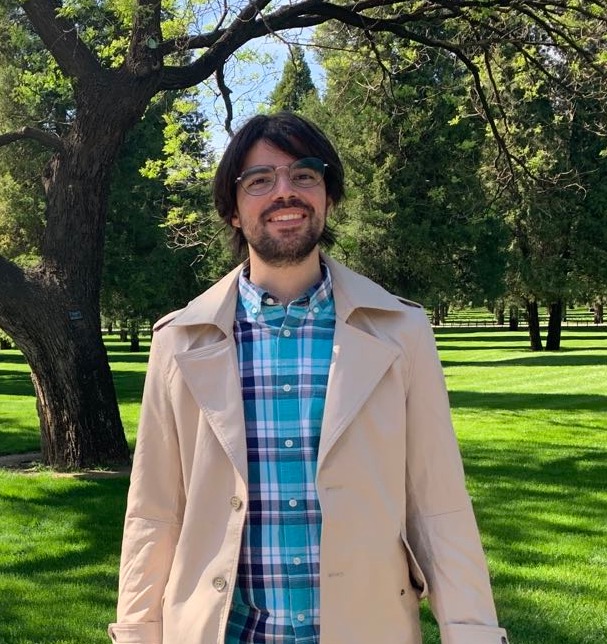 Postdoc at Tsinghua University, interested in cool (cold and hot) cosmology and astrophysics.

I am currently interested in using cosmological probes of the post-reionization epoch (like the Lyman-alpha forest or HI line intensity mapping) to study the way our Universe transitioned from being mainly neutral to highly ionized, i.e. cosmic reionization. In particular, I am excited about quantifying how well we can constrain the astrophysics of reionization while simultaneously learning more about cosmology. Besides, I am interested in probes of the epoch of reionization itself like 21cm cosmology. Although my main focus lies on learning about reionization, my research interests are broader. For instance, I have a recurrent interested in shedding light on dark matter candidates.

Extracting the astrophysics of reionization from HI line intensity mapping

Extracting the astrophysics of reionization from the Lyman-alpha forest 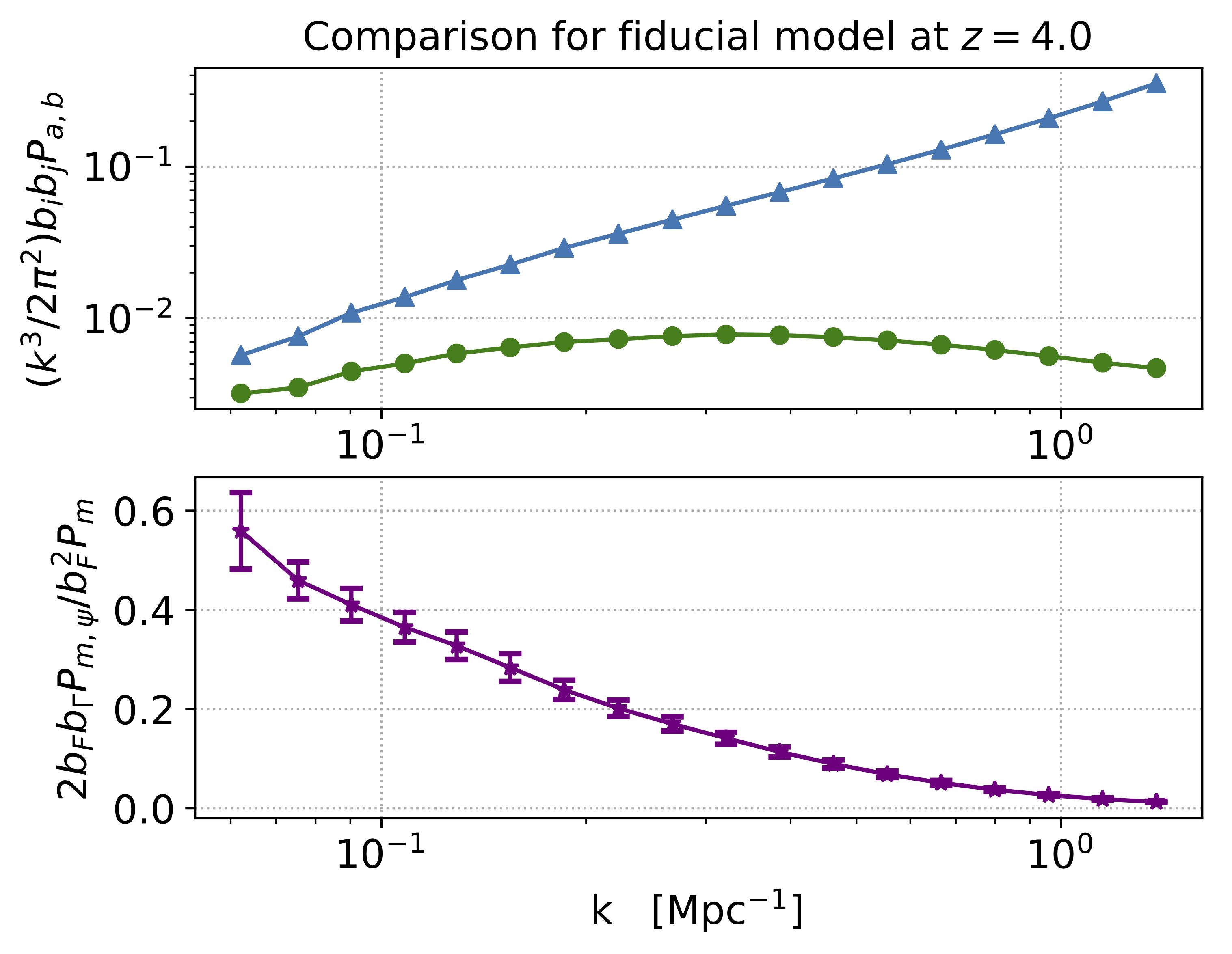 The Lyman-alpha forest is sensitive to the thermal evolution of the intergalactic medium (IGM) in the post-reionization epoch. This sensitivity can be used to probe the thermal relics present in the IGM produced by the violent heating of the IGM done by ultraviolet photon in the reionization process. If one accounts for the way the small-scale structure reionizes, i.e. ultraviolet heating + shock heating, this thermal relics can even survive to redshift 2!

We recently forecasted – for the first time – the ability of DESI to extract the memory of reionization from the Lyman-alpha forest power spectrum. DESI’s ability to transform this broadband effect from a systematic to a window into the epoch of reionization is surprising since it may be able to constrain reionization only slightly worse than 21cm instrument like HERA. 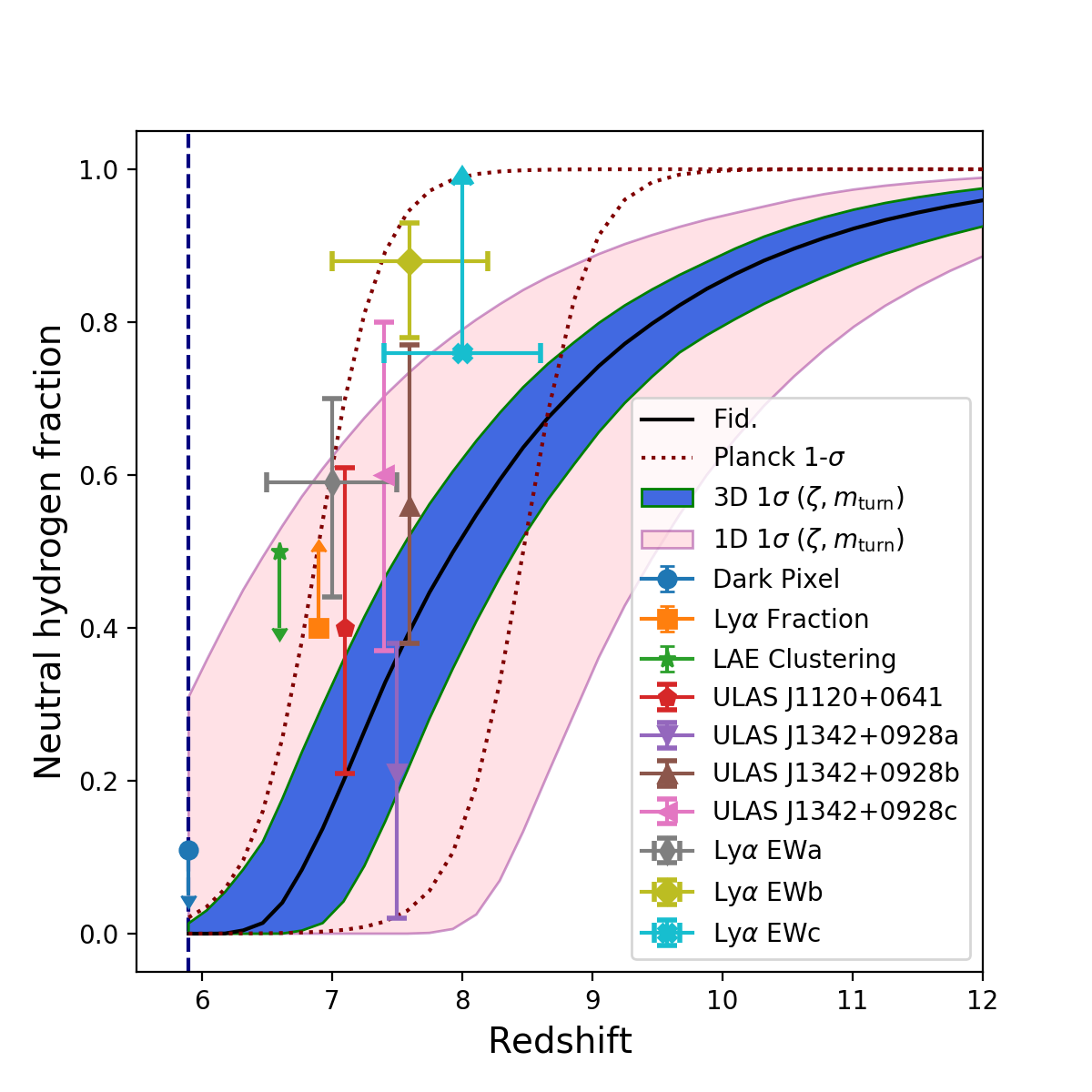 The nature of dark matter has eluded astrophysicists so far even though we have several dark matter candidates and substantial experimental/observational efforts are directed to answer this mystery. Among dark matter candidates, primordial black holes (PBHs) are conventional in the sense that they do not require any strong modification to the physics standard model. These black holes form in the early Universe from the collapse of order unity perturbations sourced by the inflationary potential.

I contributed to this field by openning the previously constrained sub-lunar mass window. The constraints that were previously limiting this mass range were microlensing and femtolensing of PBHs, neutrons star capture of PBHs, and white dwarf explosion due to the passage of PBHs. 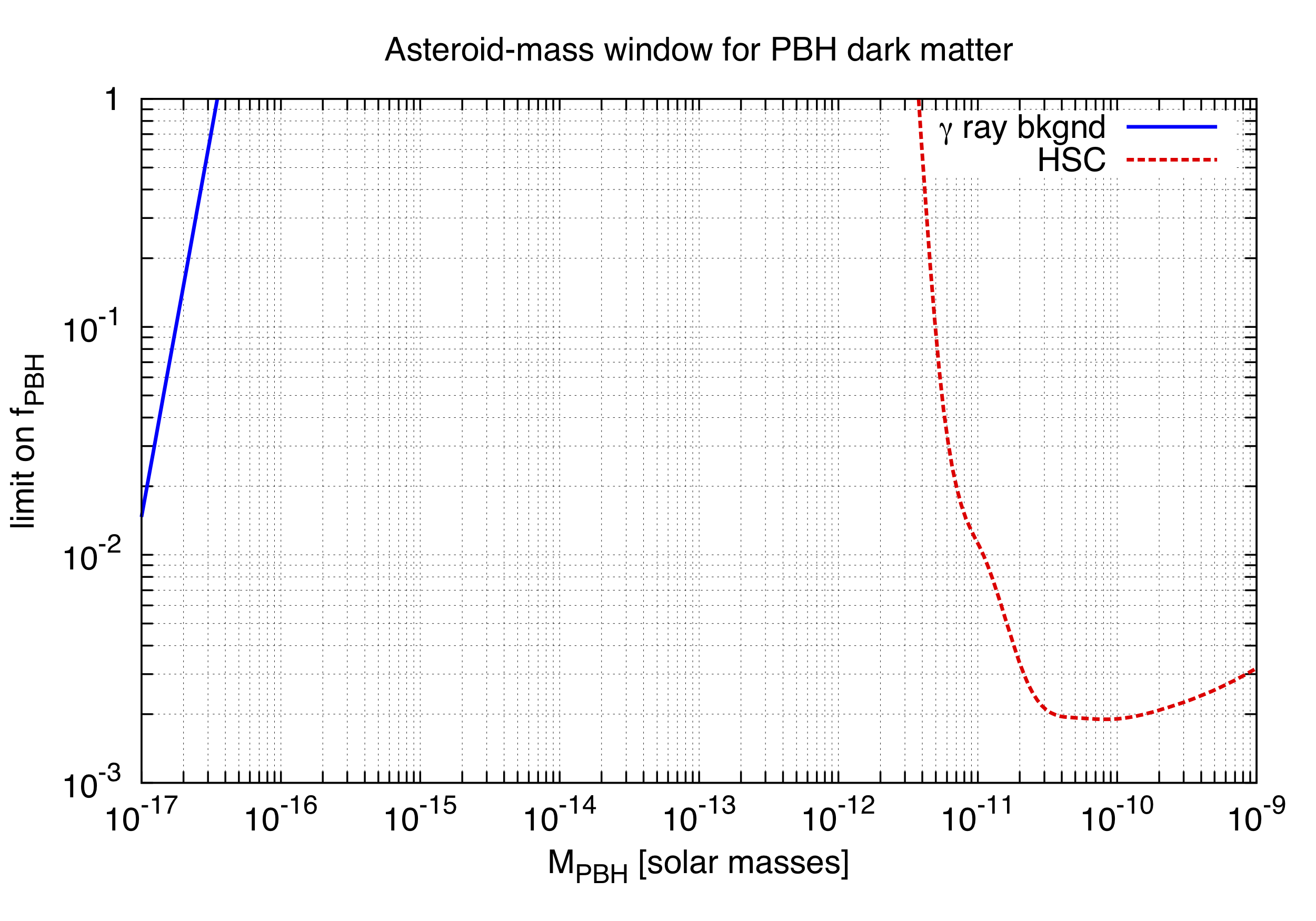 Possible conventional sources of circular polarization in the CMB

The standard model of cosmology does not offer any mechanism to produce circular polarization in cosmic microwave background (CMB) photons. Thus any deviation from zero may be a channel to learn something about the earlier Universe. In my work, I considered conventional sources of circular polarization in the CMB. In this context, conventional refers to not modifying the early Universe Lagrangian, instead I focused on physical mechanisms that are part of the Standard Model of physics, e.g. 21 cm hyperfine transition of hydrogen, non-linear polarizability.

We found that all sources of circular polarization studied in our work were to small to be concerned about possible leakeage for linear polarization experiments. 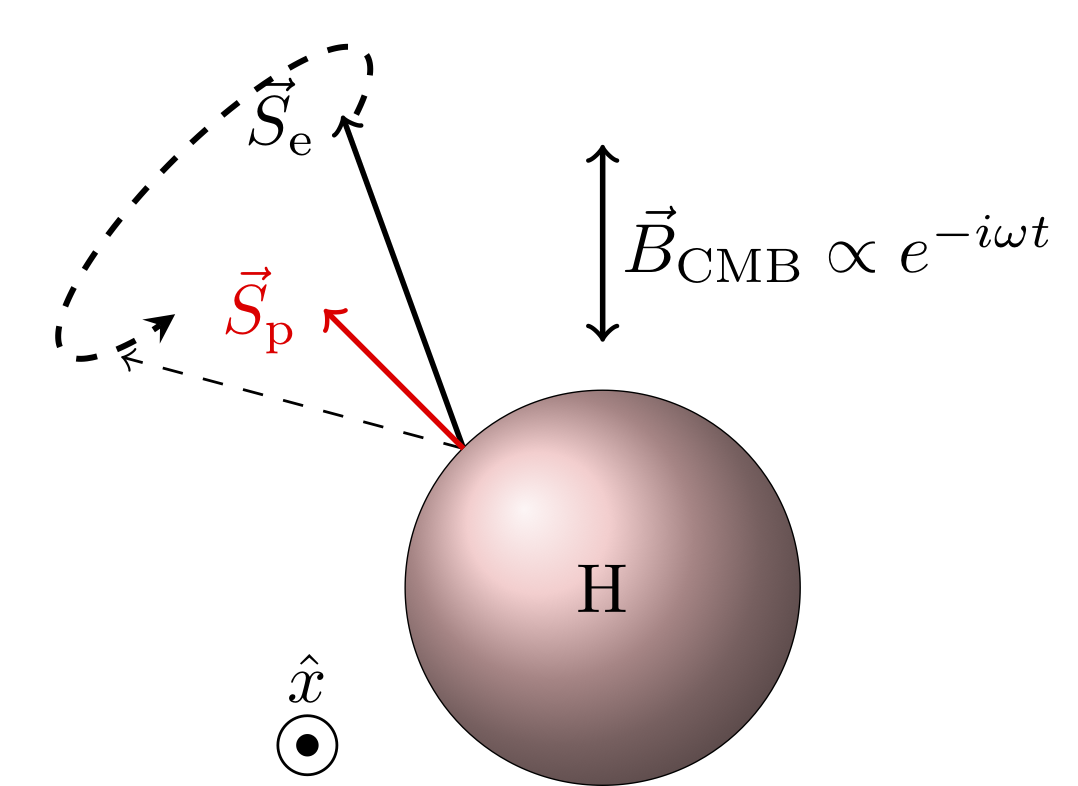 Want to read a paper using order-of-magnitude calculations and learn about birefringence?

A possible smoking-gun for planets that may contain live or might be suitable for human life is the presence of a magnetic field to shield life from deadly radiation. We proposed a methodology to detect magnetic fields in exoplanets using spectropolarimetry of the helium 1083 nm hyperfine transition. We showed that in the conditions of escaping atmospheres, metastable helium atoms should align with the magnetic field. As a result, there should be linearly polarized absorption at 1083 nm that traces the magnetic field’s direction. 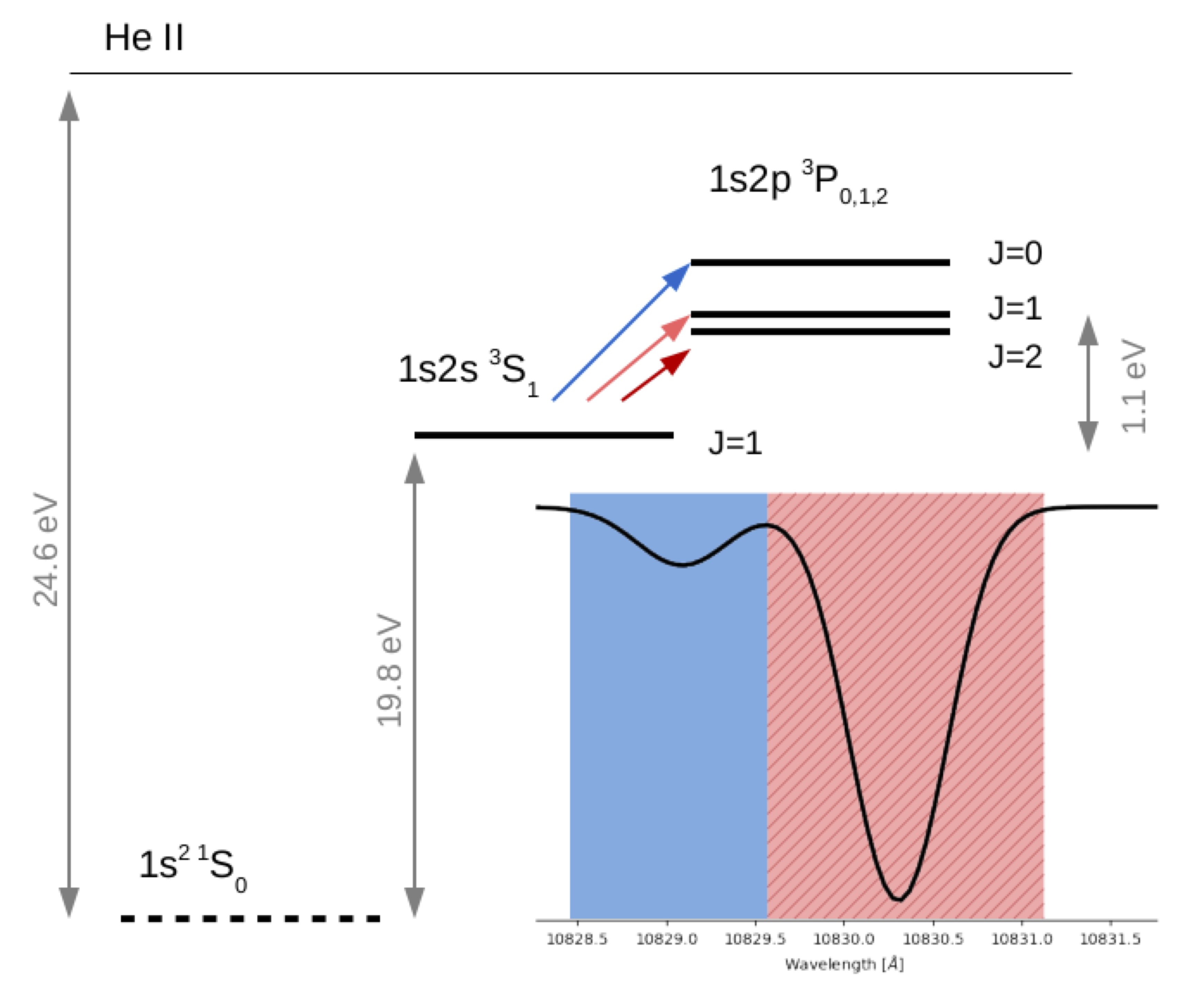 Want to learn more about magnetic fields in exoplanets or interested on using quantum mechanics to compute polarizations of metastable helium?

Towards a more realistic spacetime

Real astrophysical objects, say planet Earth, are not perfect spheres. Besides, they often have magnetic fields or other interesting physical phenomena. Nowadays we often use spacetimes that are good representations of static spherical bodies (Schwarzschild metric) or rotating bodies (Kerr metric). However, the Kerr metric cannot be match to an interior physical solution. Motivated by this, I have occasionally gone through the mathematical exercise of finding new spacetimes that represent slightly more realistic scenarios.

Want to learn more about these Kerr-like metrics?

You can also find my articles on my Google Scholar profile. Or with my NASA ADS library.